When I woke up today, my knees didn’t cause any pain at all. Just as I thought. Hence, I took to the opportunity to begin the day with a run on the beach. This is just plain awesome. Quite intense, too, due to the soft sand. Heart rate is climbing up pretty fast. Suits me just fine – I’m not much of a steady-state guy anyway.

In the early afternoon, I went to the height park with my girl and my younger cousin. That’s something in between a bouldering hall and an obstacle course. Below you’ll find a couple of pictures, so you get the idea.

Although I wouldn’t tag this a proper training session, it did require some balance, coordination and even strength. Hence, it’s probably best described as GPP-Training. I just wish I had a parcours such as this one in my Dojo – the kids would just love it… 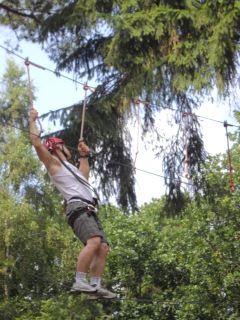 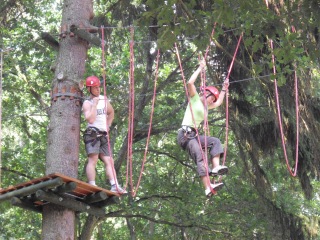 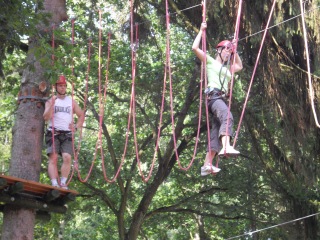 For a strong finish, I hit the beach again after sunset for 10 rounds of shadow-sparring. It’s been a while since I did this, so in the beginning, I had some trouble finding my rythm. Around the third round however, things started to improve. At the end of the 10th, it was just like always. Well, not exactly – everything was so much harder than it usually is, but then that was just due to the sand. Same thing as with running. 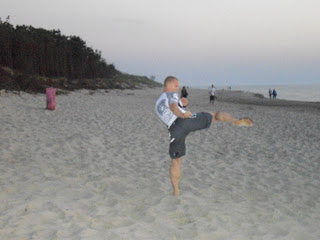 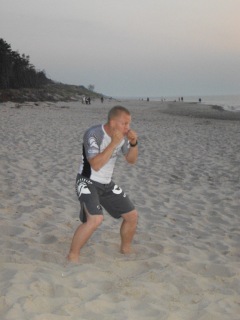 Tomorrow, I’ll hit the gym again for squats and presses. Probably going to do it in a strenght circuit along with pull-ups, just like yesterday. Obviously, I“ll also post a couple of words before going to sleep – which is exactly what I’ll do right now.